Cathy never really thought about home care for her parents before needing it. She hadn't even considered aged care.

"The idea of a stranger coming into your bedroom or your bathroom. Even them showering Mum, it's pretty invasive stuff."

The worst of it started when Cathy's mum got sick. Lung cancer. That was 10 years ago.

"Mum deteriorated and we realised we needed some extra help."

"I told them I wasn't coping. You try and put on a brave face, but with Mum, I still had two kids at home while I was working. It was pretty much, we need to get help, or I'm going to have to get help for me."

"They give you a list, and you call around and see who calls you back. The fact that we found St Vincent's was pot luck."

But while the path to getting extra support was clear, it's rarely an easy decision to make.

"It is a hard decision to make. It's a reality call of how sick or elderly they are. You have to come to terms with that part of it too."

"You think at the start that it's going to get better. But it's not."

And on top of the personal guilt is talking with the people you love. Convincing them of something new and foreign that they may not even like.

"There was a lot of talking. A lot of reasoning."

"They didn't want strangers coming into the house. 'Everyone's going to steal everything. I'm going to have no privacy. They're going to interrupt my routine. A lot of hurdles in their mind. They hated it at first."

But over time, attitudes changed and trust grew between Cathy's parents and the St Vincent's team. 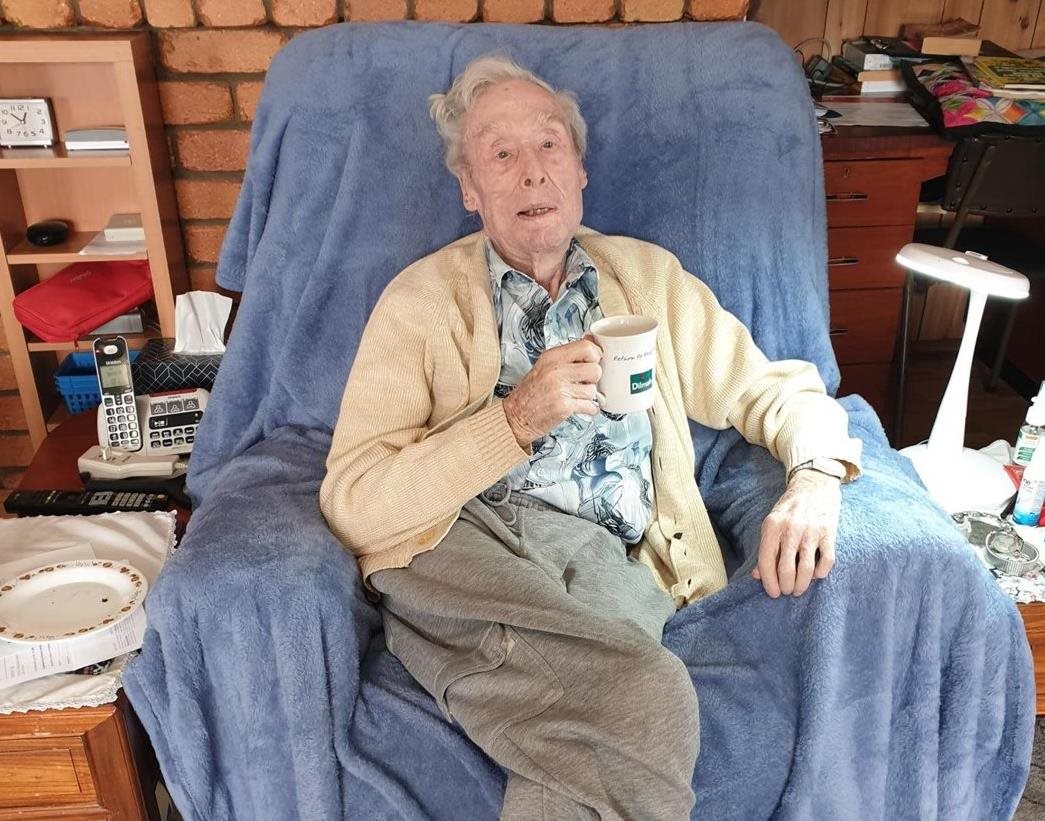 Cathy's dad Jack resisted the idea of home care at first, but he's come to love the company

"Thankfully with St Vincent's, they let the same girls come. They built up trust. They got to know the girls and then they started to look forward to them coming. But that took time. But at the start they were doing it for me."

While Cathy's mum and dad continued to receive in-home support, her mum's health wasn't improving. But when she needed extra support, she got it.

"Nurses came in and provided a lot of extra care. And it was never an issue."

"It was like, this is where we're at now. And within 24 hours it was done. All the girls that came over, they were all amazing. So lovely, so compassionate. I can't speak highly enough of them. They were amazing."

"Everything Mum needed. A soft bed. They did modifications for the bathroom. Wheelchairs. Grab rails. Heaps of stuff. Just everything. They just came and just did it. It just took a huge load off my shoulders. It was great for Mum because she felt so supported. It was a comfort for Dad, too, because he didn't know what to do. It was comforting for him. Someone to talk to."

But after a 7 year fight with cancer, Cathy's mum sadly passed away leaving Jack (her dad), her and the family distraught.

"When Mum passed away 3 years ago, Dad didn't cope at the beginning."

"So, we stuck with St Vincent's. Why would we go anywhere else? They've just been amazing with Dad. Dad was becoming very overbearing for me. His whole life revolved around me, so we organised for the ladies to come around a bit more often, so he had someone to talk to and tell his stories to. And every time Dad's needed something, it's done. It's just like magic. Even things I didn't think of they would do."

"Dad was in hospital earlier this year. All the girls who came were worried because they had built such a lovely relationship. They're just such beautiful people. So, they spoiled him rotten when he did come home."

For Cathy, the opportunity to have a break because of home care is priceless and it means so much more than even taking the load off physically and emotionally.

"They come in three days a week. They help him with showering. Domestic cleaning. One of the ladies takes him out to do a couple of things in the morning like pick up his medication, and if he needs to go to a certain shop, he can go there."

Cathy laughs about it. "The girls were pleasantly firm, 'Well, I'm here now, what am I going to do for the rest of the day?' So he went for their sake."

"Now he thinks it's a great idea. 'Oh I can do that with the girls on Wednesday.'"

"They're friendly. Seem anxious to please. They don't waste their time. I've got no complaints at all. About all of them. I'm quite happy."

"I was only saying to the girls this morning how pleased I am with them all."