While there were so many volunteers that we had the opportunity to honour over the course of the year, there were some whose stories we wanted to give the spotlight in 2022.

John and Janet from Mitchelton

Janet Kuilboer has been with us for over 20 years, Janet’s first 10 years was as a staff member caring for our 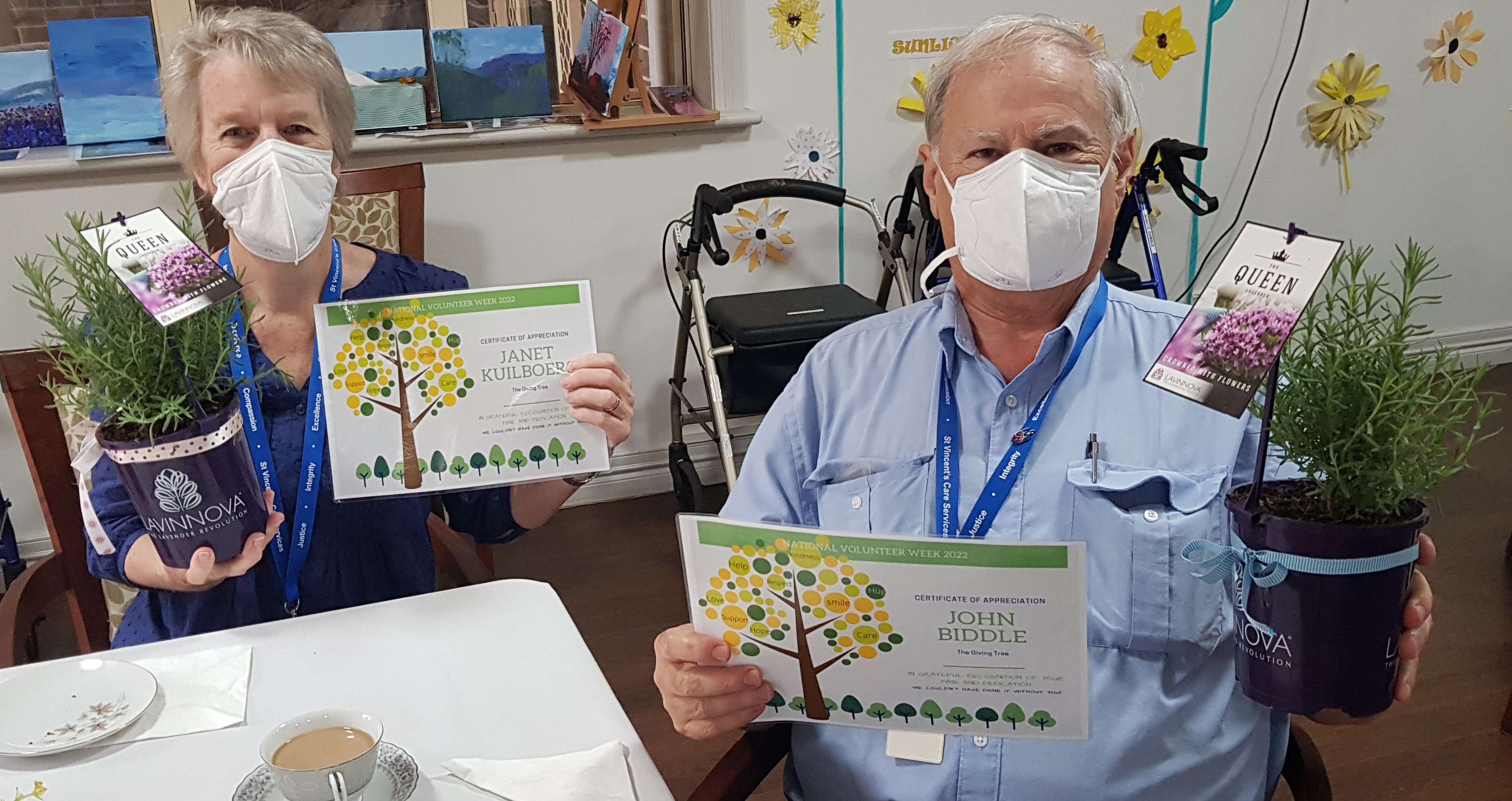 residents, after retiring Janet came back as a Pastoral volunteer. Janet said that she still remembers her first day as a volunteer, walking in and seeing the response from the residents when they saw her, big smiles and cheering. Janet loves coming in each week.

The certificate volunteers received was inspired by “the giving tree”, residents were asked for words that describe our volunteers, which we then put on the tree. 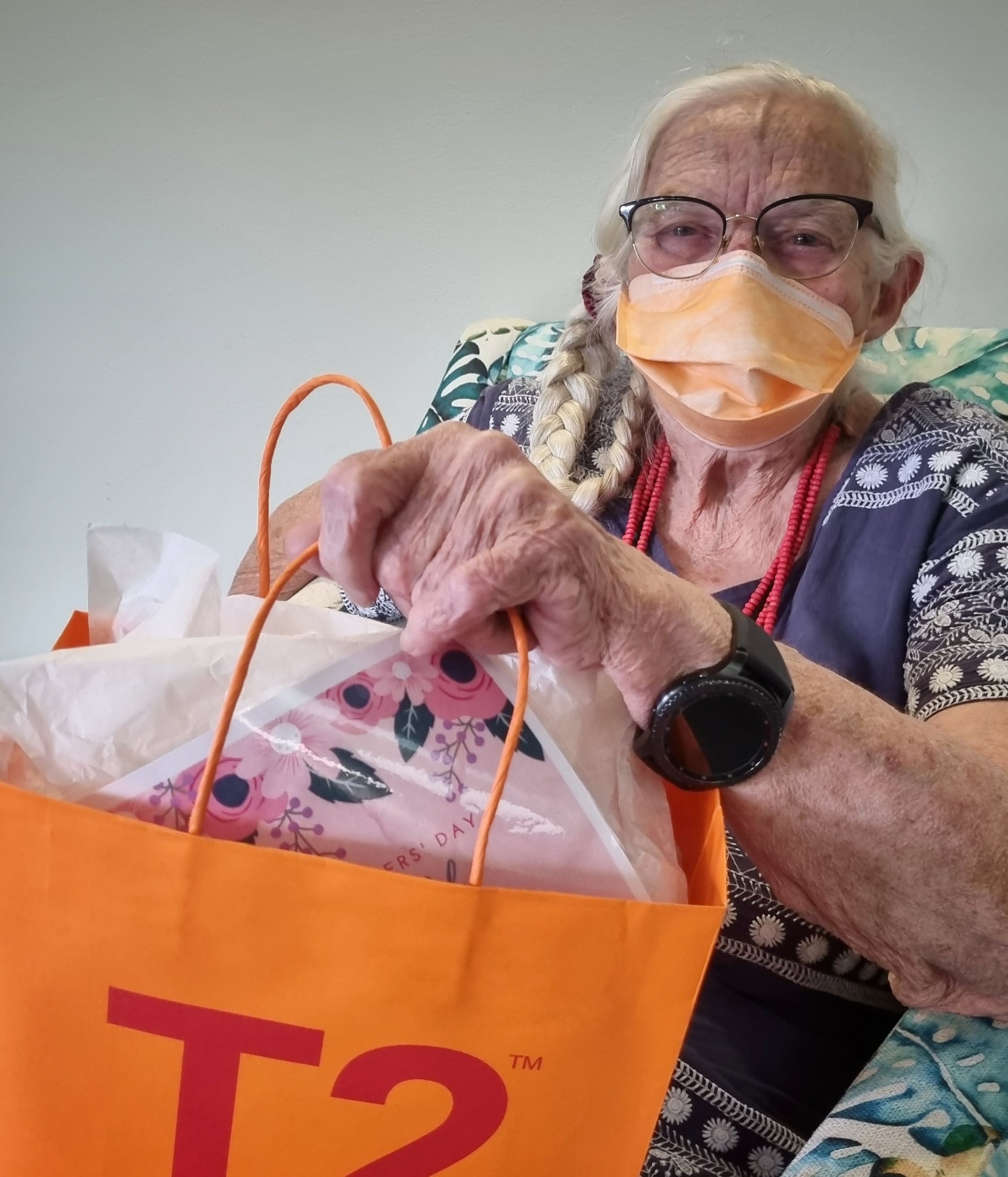 Del receiving her bag of goodies for National Volunteer Week. Thanks Del!

Del Doherty lived most of her life in the academe. With a doctorate in bio-chemistry from the Australian National University and a post-doctoral degree from Brandeis University in Massachusetts, she taught the same subject at the University of Queensland for 30 years.

Upon retiring from her professorship, she became a Pastoral Care Volunteer at Bardon, visiting bed and room bound residents for prayer and Communion for 20 years until 2020. Del has touched the lives of so many past and present residents with her deep faith and loving kindness. Thank you Del for being a sign and bearer of God's love for us all! 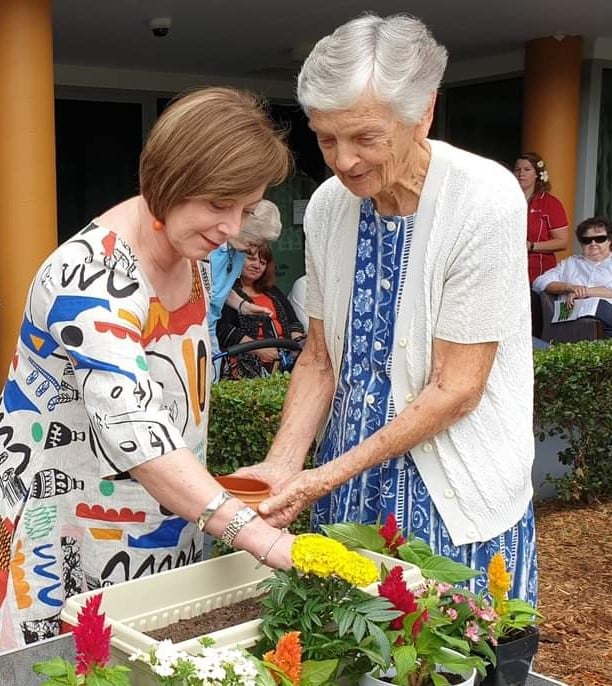 Pauline helping out in the gardens at Bardon

At 90, Bardon volunteer Pauline Graham has no intention of slowing down and will continue to wear her many hats. She's mother, grandmother, great grandmother, parish walking group leader, mental health and climate change advocate, listening ear, shoulder to cry on, and so much more.

The hat she wears most proudly though is her St. Vincent's Care volunteer hat. Whether she's assisting residents on their outings and shopping trips, visiting the sick in hospitals, accompanying them to their doctor's appointments, or leading church liturgies, Pauline is truly a sign and bearer of God's love to all. Thanks, Pauline!

Got a story we should know about?